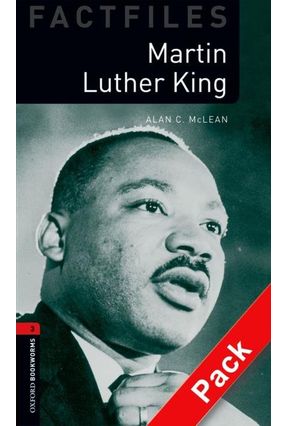 The United States in the 1950s and 60s was a troubled place. Black people were angry, because they did not have the same rights as whites. Martin Luther King (oxford Bookworm Factifile 3) 2ed CD Pack.

But above the angry noise came the voice of one man - a man of peace. 'I have a dream,' said Martin Luther King, and it was a dream of blacks and whites living together in ... Oxford Bookworms Library Factfiles: Level 3:: Martin Luther King audio pack: Amazon.in: McLean, C.